Seaside town and surfing mecca Torquay in Victoria has just seen parts of the town go live for FTTN NBN services. We already have orders in the system and are accepting more every day. See our unlimited NBN plans for Torquay right now!

At the time of writing just half of the town is live for NBN, with the remainder due to go live in early August 2016. The area is being serviced by fibre to the node technology where the existing copper is used to deliver high speed NBN broadband into your home. Fibre is used to provide high speed broadband to a node in the street, where the fibre is then connected to copper for the final 100-200 metres. Speeds of us to 100Mbps should be available. 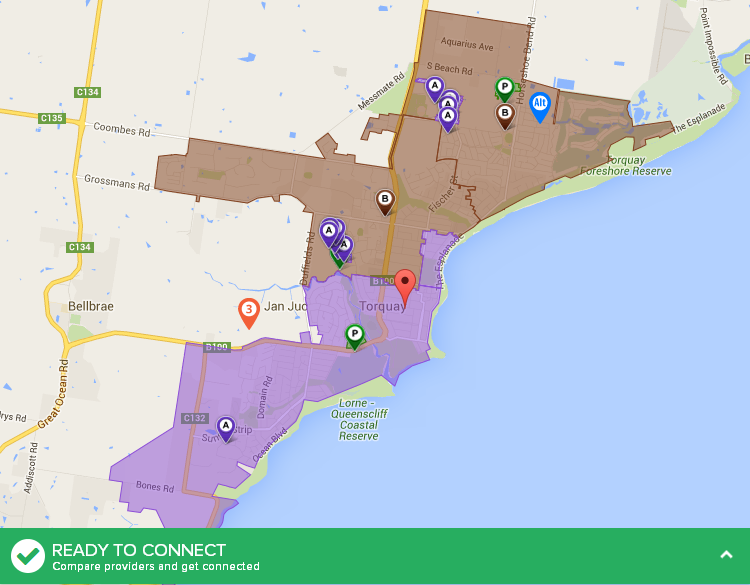 Torquay is famous for hosting the world surfing championships at Bells Beach and is a popular tourist destination for people from Melbourne who want to catch some surf. Residents and holiday makers to Torquay can now enqjoy faster broadband speeds with the help of NBN.

Check out our dedicated NBN Torquay page for details of our unlimited plans. We have unlimited NBN plans starting from just $49.90 per month and unlimited local and national call plans from just $10 per month.